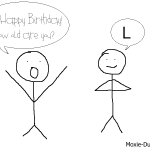 Hello again, Awesome Readers! In case you missed this post, I woke up this morning and *POOF* I’m 50. Almost like kissing a frog and suddenly you’re a princess. Only the frog is really your life and you being a princess is a metaphor for “old hag”. Just kidding. Being 50 doesn’t make you an […] 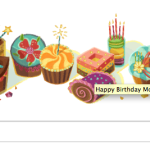 Hey there, Awesome Readers! It’s my birthday and I’m actually working on a “real” post, which you can read later today because it’s my *gulp* 50th and I have a lot to say about that. Meanwhile though, I wanted to share this creepy thing that happened to me this morning … I woke up like […] 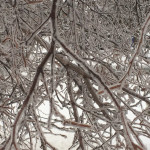 Dear said members of my family, The other day I was walking the dogs when I noticed that everything – the trees, the roads, the dog poop I had yet to pick up – were all covered with a glistening layer of ice. The scene reminded me of a fairy tale and the word “enchanting” […] 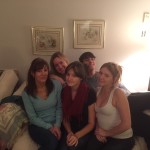 Hey there, awesome readers, So here we are, another holiday season behind us – to which I say, “Yayyy!” Christmas is exhausting. And yet this year – unlike any other year – I find myself smiling nostalgically over the pictures taken with my kids on Christmas Eve (which I’ll share down below). Before the reason […] 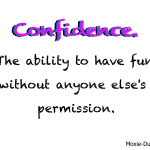 Good day to you, awesome readers, Have you ever started doing something when your kids were little only to suddenly wake up one day – say 27 years later – and realize that it’s become an inherent family tradition? Well for some reason, when my eldest was about a year old I started making wishes […]