You are here: Home / Non-travelling Adventures / Ticks are in season and here’s what you should know about Lyme disease 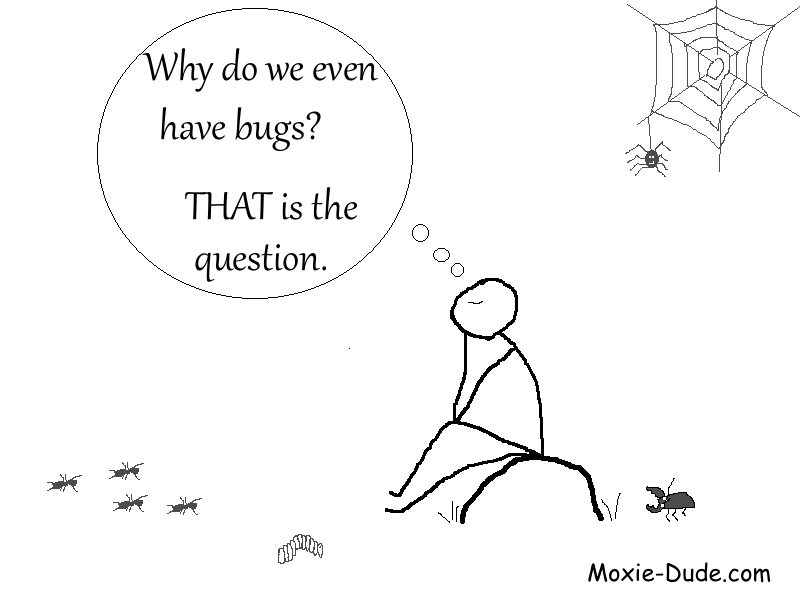 And so we meet again, awesome readers!

Have I ever mentioned how much I dislike bugs?

Deep life question #1: Why do we even have bugs???

Wait! Before you go and give me some logical explanation about the food chain and how bugs feed fish and birds and frogs, I have an answer to that. It’s called vegetables. Not to criticize God or anything, but bug-eating creatures could just as easily been created as vegetarians *cough* with the proper planning.

So why am I ranting about bugs? Because recently I had the worse bug experience OF MY LIFE.

It all started when I woke up on a Monday morning. (As an aside, I’m not particularly fond of waking up on Monday mornings either but it’s better than the alternative.)

The morning started like any other. Half asleep and pre-caffeinated, I walked out of my bedroom and straight towards the coffee machine like a flesh-thirsty zombie. Did you catch that? I hadn’t had my coffee yet.

As I stood in front of my Keurig waiting for a cup of deliciousness to practically make itself, I subconsciously reached behind my neck to scratch an itch I was vaguely aware of when all of a sudden my brain screamed a silent, deathly scream.

My fingertips had come across a foreign object the size of a small dragon that seemed to have melded into the nape of my neck.

At first I thought it was a teenage mutant ninja chickenpox. But then – slightly more awake at this point – I remembered that I already had the chickenpox when I was seven. My mind then jumped to “maybe it’s a pimple”. I realized that this also wasn’t the case when I was able to pull said small dragon out of my skin. The slight popping sound had me imagine a tiny champagne bottle because what else would a small dragon be drinking back there.

In hindsight, the thought, “what else would a small dragon be drinking back there” is the very foundation upon which the expression “ignorance is bliss” was created. I’m certain of this. Oh and speaking of imagining things, I may have also imagined the slight popping sound. In my defence, PRE-CAFFEINATED.

But of course all of that sweet ignorance went to hell when next I did what any other person would do after finding a foreign object implanted into their flesh: I brought said foreign object close to my face so that I could examine it.

Low and behold, it was not a small dragon but a TICK!

So naturally I screamed and with the strength, speed and elegance of a drunken Ninja, I flung the little creepy crawler as far away from me as I possibly could. Also known as ON MY FOOT.

Another scream. Also dancing. And just to remind you, all before I had a chance to take my first sip of coffee on an unsuspecting Monday morning.

The next thing I knew, I was waiting on hold with the emergency hot line.

Deep life question #2: Why do emergency hot lines even have hold?

As I waited ever so non-patiently, Google was giving me a degree in bugology. This is where any remaining sense of bliss got up and left the room completely. The more I learned about the tick’s super-hero ability to KILL ME – or at the very least, eat my neurological system – the higher my anxiety levels went up.

“How fitting that I’m going to die on a Monday,” I remember thinking as my murderer sat quarantined beside me in FOUR Ziploc bags.

After what seemed like forever and a day, the terrible on-hold music was finally replaced by the voice of an angel. And by angel I mean nurse.

I’m about to share with you what I learned about ticks and Lyme disease but first let me say this: don’t ever let me Google my own symptoms again.

The very first symptom of a tick bite is pain. Or, as the nurse described it, a stinging sensation around the infected area. Speaking from experience, this does not mean that you’re hours away from your death. According to the nurse, it simply means that you’re having a small allergic reaction. I just want to mention that her use of the word “small” was in no way meant to demean my plethora of questions or thoughts on dying.

The best thing to do right after a tick bite is wash the bite area with soap and water. Also bleach. Note that bleach wasn’t part of the nurse’s recommended treatment but if soap and water will relieve the stinging, a little bleach will give you peace of mind.

What to watch out for

During the first month after a tick bite you should check the area daily for any changes in the skin. Mostly what you’re looking for is the appearance of a rash that looks like a target or bull’s-eye.

The next several months after getting bit you need to watch out for flu-like symptoms, including body aches, headaches, chills and fevers.

What does this mean? It means that for the rest of my life, every time I get sick I will think I have Lyme disease.