You are here: Home / Hamster Ramblings / Yes, I AM still alive. 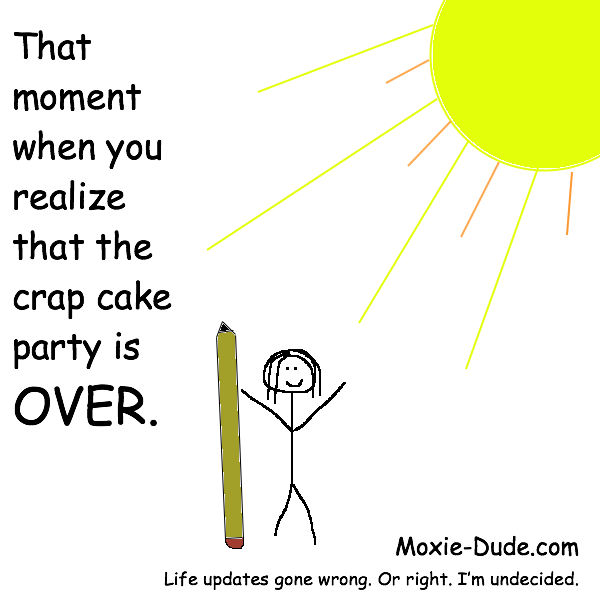 So, in my last post I talked about how the word “magical” was everywhere as we approached 2018 and that I was doubtful and then the beginning of my 2018 was like a cake except that the cake was made up of many layers of crap and I wondered how I could have ever doubted the magicalness of the New Year.

Especially since I woke up on January first with a feeling of doom. No. It was not a hangover. I even told my someone that I could “feel” an avalanche of crap coming. True story. I wouldn’t say that I’m psychic. Obviously. Because if I was, I’d be telling you about the upcoming lottery numbers. But I really did tell my someone that the beginning of the year was not going to be great and I was right.

Ask my someone. He’ll tell you. He has my back on this. Actually, I suspect that he has my back on everything. Well, except maybe if I murdered someone. Then I’m pretty sure he’d TURN HIS BACK on me.

All that to say that the crap cake party is over and things are back to normal. Last week I even received this email from the SAQ (the store where people buy alcohol in Quebec) and look! I can save 50 cents!

Clearly my luck is changing.