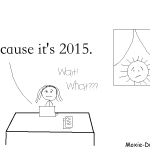 Hey there, awesome readers! I admit it. I’ve become a little in awe of Justin Trudeau since he became the new Prime Minister of Canada. He appears to be a family man. He appears to be down to earth and approachable. He even appears to respect his mother. Combined, these are the markings of a […]