You are here: Home / Kids / This weekend the world was born of a new shaver but I’m not allowed to write about it. So instead here’s the story of why I didn’t become a vet. 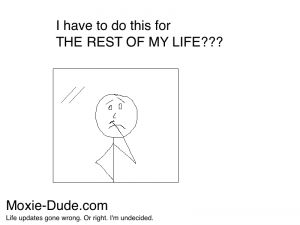 In the spirit of keeping my promise to not write about a particular incident from the weekend where “somebody” whose name I can’t mention and who may or may not be related to me and could be a “he” but is possibly a “she” started shaving, I’ve decided to share my first experience with a razor. Also the word “teenager” comes to mind. But that’s it. You’re not getting another word out of me.

It all started in a bathtub. I was four or five years old and still unwise to the ways of the world. (If you know me in real life you know that not much has changed.) This was an important time because I had everything planned: I was going to grow up and become an “animal doctor”. Also, babies weren’t in my future. I was going to have puppies. Clearly the gods had other plans for me.

After watching my mother shave her legs with what she called a “razor” (and what my memory recalls as a feminine version of the grim reaper’s scythe), I thought it was my turn to do the same.

All was well in the world. I had spread a thick layer of lather on my skin just like my mom had done, and with long, upward strokes began making train tracks through the foam along my hairless legs.

And then I heard it: the horrifying scream that shocked me out of a Zen moment of focused leg shaving.

Who was screaming like that and why was my bathwater bleeding?

A lot for my young mind to process but I soon realized that it was none other than me. The shriek, made even louder as it resonated off the pale, retro-pink tiles (this is before retro was even a thing), was almost as scary as sitting in my own blood.

I learned two things that day:

1. My mother did not actually set the razor aside for me to use next.

2. There’s no way I could ever be a vet because BLOOD!

And that’s my story. Even though there’s an even better – MORE CURRENT ONE – just sitting there on the edge of the abyss never to be told. (Unless I’m meeting you for lunch this week. Then I’m totally telling it.)