You are here: Home / Out & about - because Montreal is contagious / People from all over the world have been enjoying Montreal winters for years. Apparently.

No matter where you live – north, south, east or west – you may have heard in the news about how cold it is here in Montreal. Or possibly you live here and you’re swearing just as much as I am because we can’t even walk ten feet to our cars without our nose hairs getting frostbite. There’s talk of global warming but I’m pretty sure that whoever started THAT rumour lives somewhere where they don’t even have winter and what they really meant to say is that they think we’re having another Ice Age.

Said another way, Old Man Winter is being an asshole.

And then there’s this expression that says, “If you can’t beat him, join him.”

So last weekend Greg and I were wondering what we could do to change our perspective on winter. We’re fed up of hiding from the cold and with still so many (pronounced: SOOO MANY!) days between now and spring, we felt the need to do something different. And by “different”, I mean NOT spend another Saturday evening sitting inside a pub.

In the spirit of ask and ye shall receive (which may or may not have something to do with a quick Google search), we stumbled upon a hidden secret that apparently the rest of Montreal knows about because it’s considered one of the largest winter festivals in the world: MONTRÉAL EN LUMIÈRE (Montreal in Lights).

Once again I get to brag about how I’ve been living under a rock all these years because, truth be said, this Montreal-flavoured festival has been an annual event for the past 16 years! Clearly I’ve been too busy complaining about the cold to notice. But alas, an opportunity to actually enjoy winter.

Greg and I were all set to spend day and evening in the Quartier des spectacles in downtown Montreal. We were looking forward to experiencing, tasting and toasting Montreal’s urban winter scenery – in spite of the cold. With a lineup of sponsors and activities that include world-renowned chefs, live performers and spirits, how could we NOT be excited?

But wait! Suddenly we had a problem. How could we drive all the way into the city and enjoy all that this festival has to offer – including a glass or two of wine – and then drive all the way back to the suburbs? You do see the magnitude of this problem, right?

Then I had a thought …

Wouldn’t it be cool if we got a hotel room and spent the night downtown without having to worry about drinking and driving? Montreal is host to some of the biggest and best festivals in the world (Jazz Fest, Just for Laughs and Osheaga to name a few) and Greg and I have taken a room downtown in the past but always during the summer months. It never occurred to us that we could – should – take a room and chill in the city (literally) during a winter month excursion.

Whenever we go downtown we always stay at the same hotel: Hotel Espresso. It’s central. It’s clean. And the staff knows their stuff when it comes to hospitality.

Then I had a second thought …

What if I did the unthinkable? What if I reached out and asked for a complimentary room in exchange for a mention in a blog post? And before I had time to contradict the greatness of my own great idea, I did it: I sent an email to Hotel Espresso, explained who I am (a blogger) and made them an offer I was sure they’d refuse. Or at least ignore.

About an hour later I received a call from the Hotel stating that they’d be delighted to accommodate us. I KNOW, right?

And that’s not all. As mentioned, Greg and I have stayed at this hotel before and have always been happy with the rooms and welcoming staff. But they went all out and gave us a beautiful suite with separate bedroom, living room, kitchenette and two bathrooms! It was such a nice surprise that suddenly we didn’t even want to go out to the cold, wintery festival anymore. We just wanted to hang out in the hotel suite FOR THE REST OF OUR LIVES.

But since we take making plans with ourselves (and Old Man Winter) seriously, we left our beautiful accommodations and headed to Montréal en Lumière, which also turned out to be a nice surprise (in spite of the cold).

As expected, there was food, spirits and entertainment but there was also HEAT in the way of mini fires. The organizers of this festival have thought of everything! 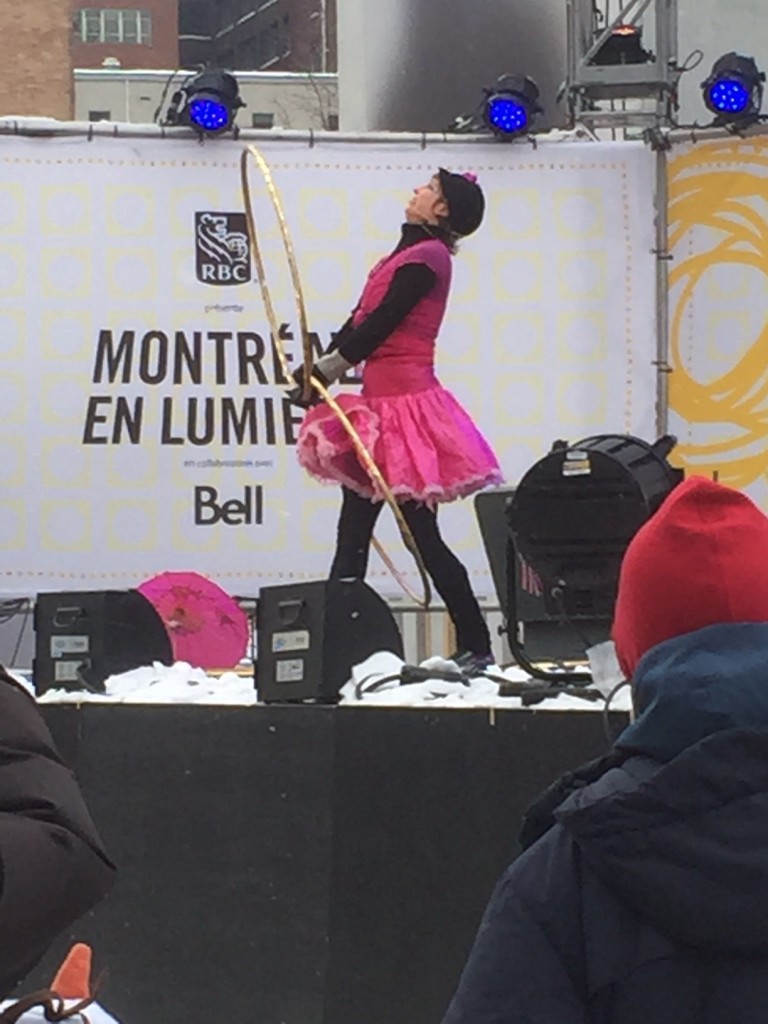 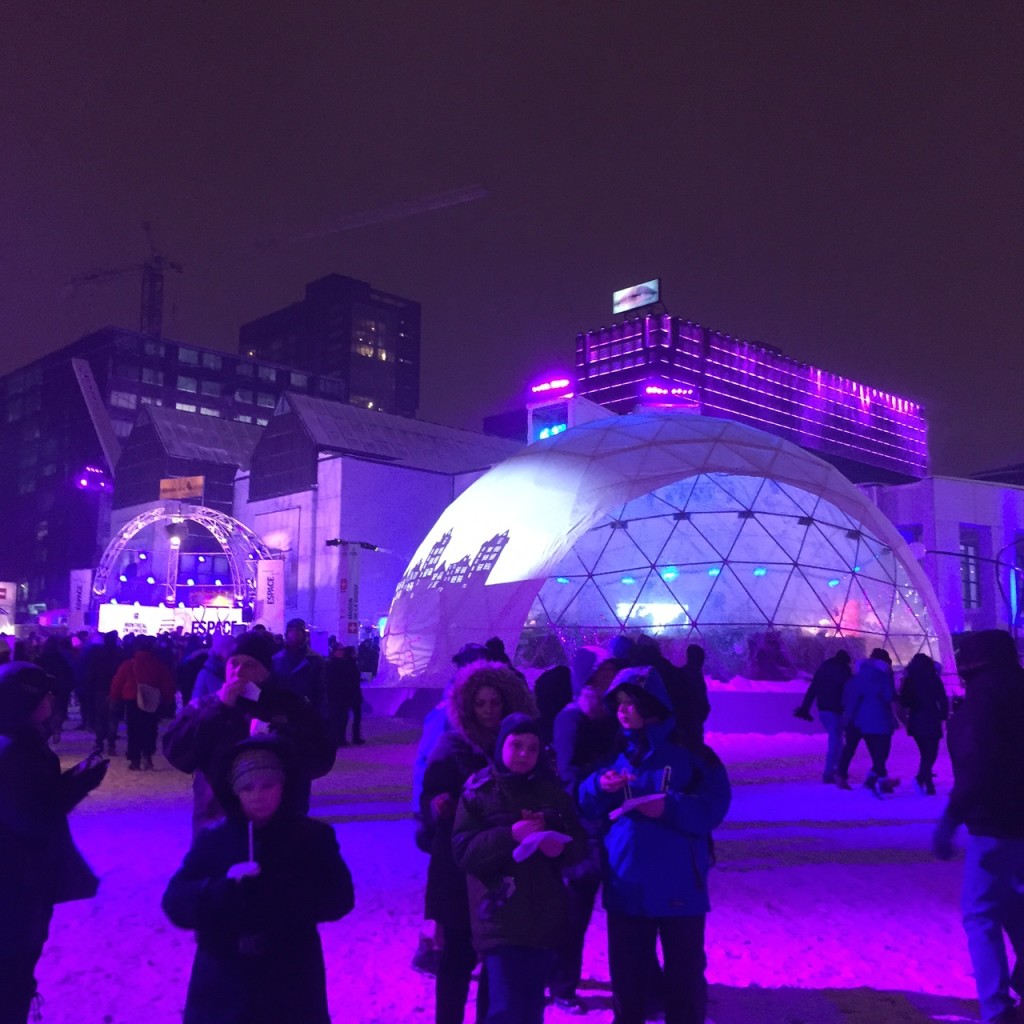 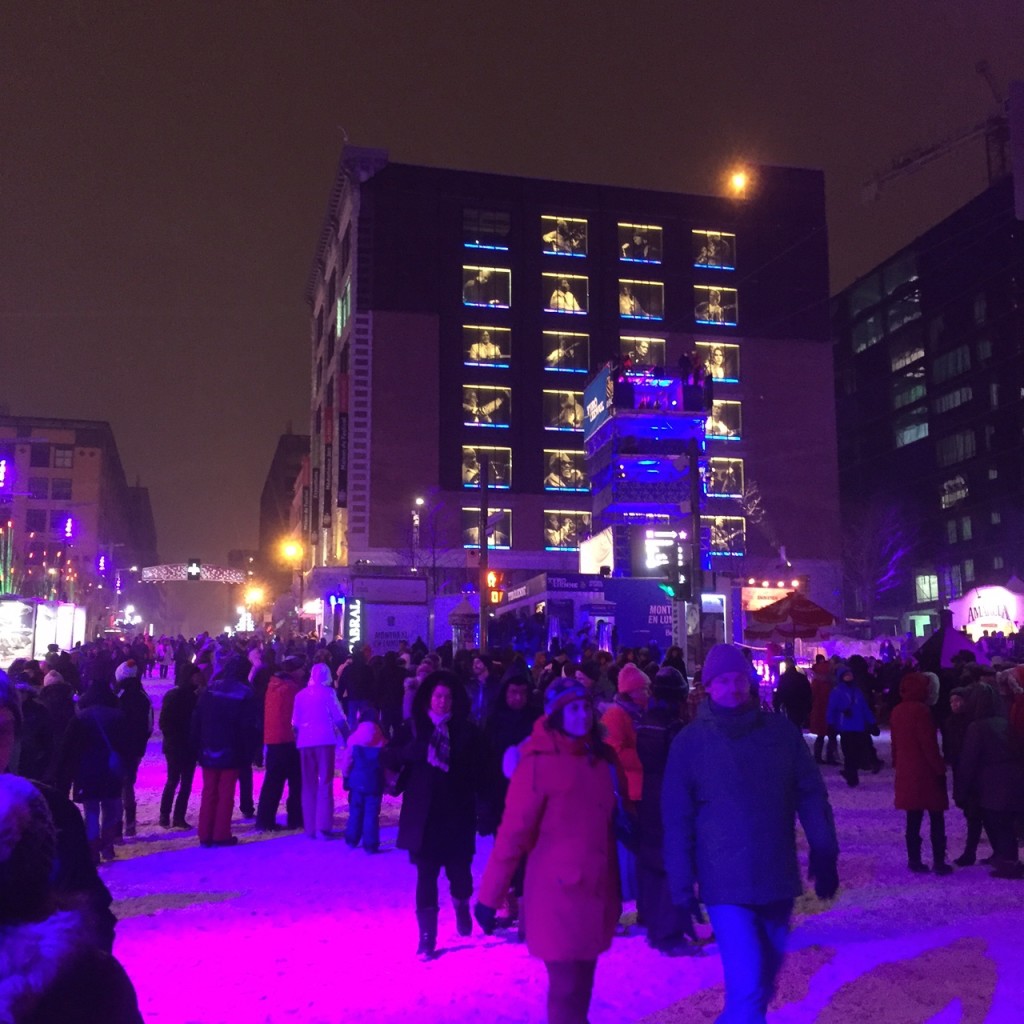 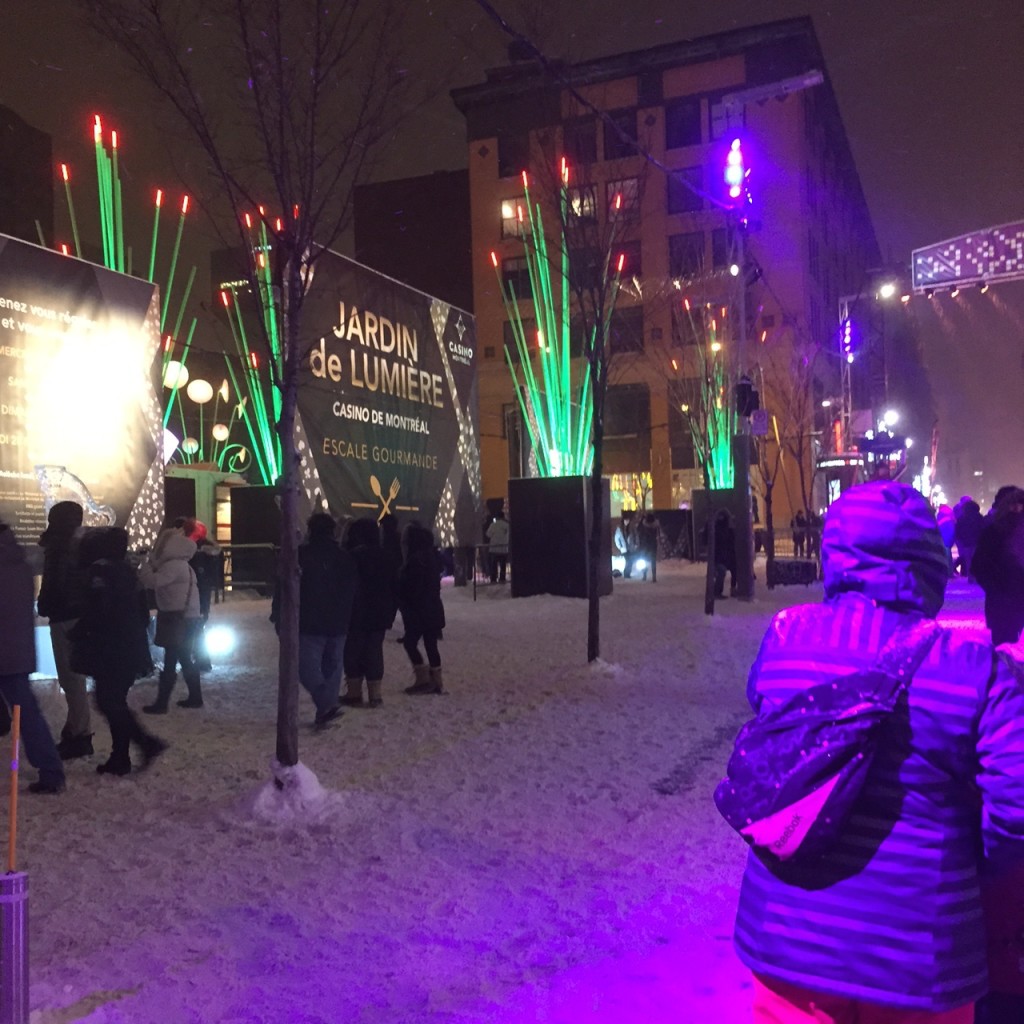 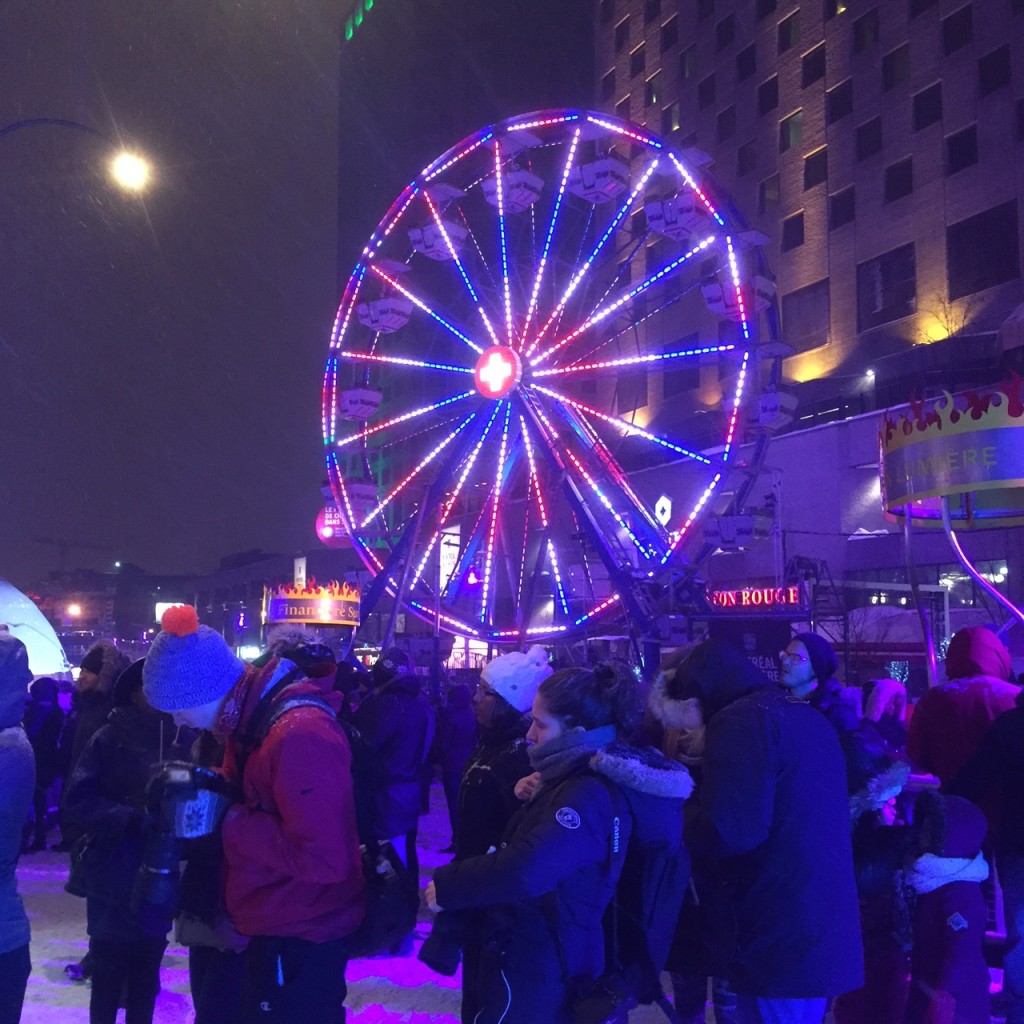 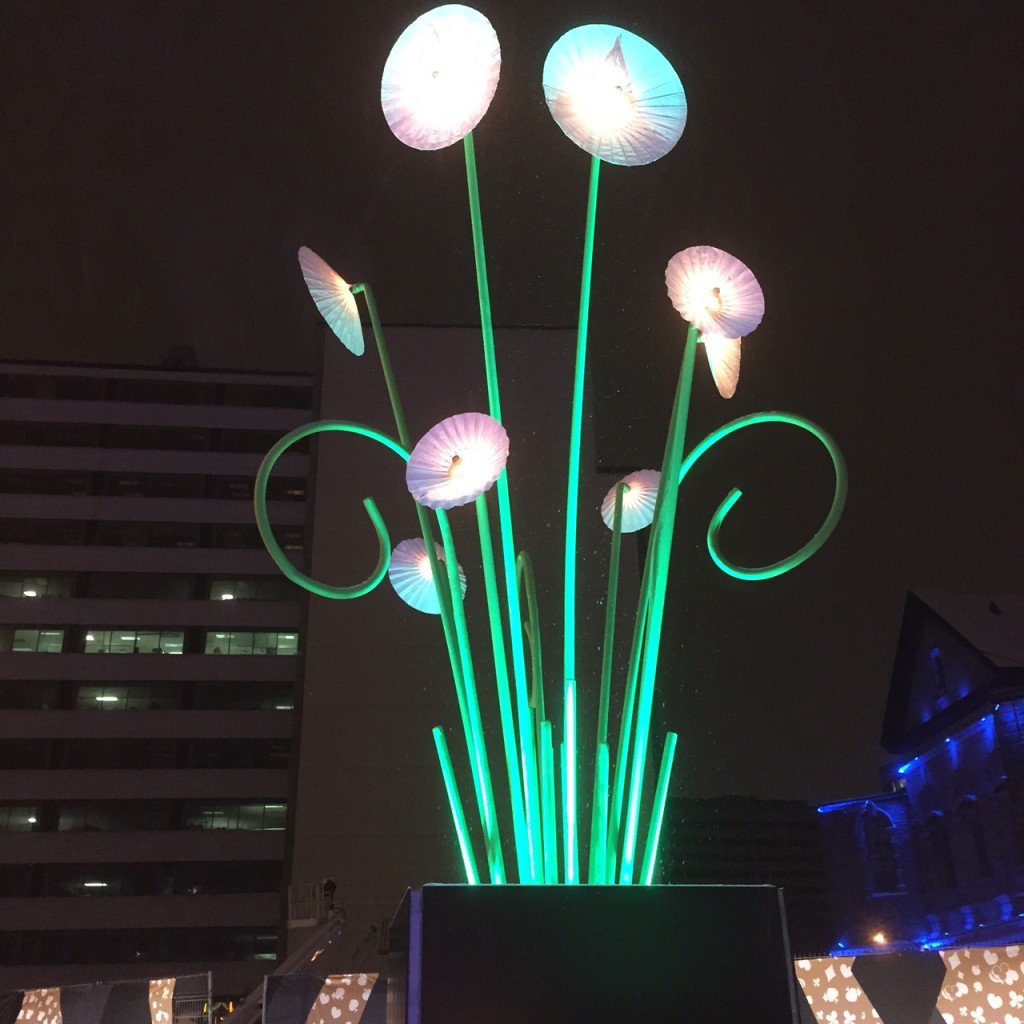 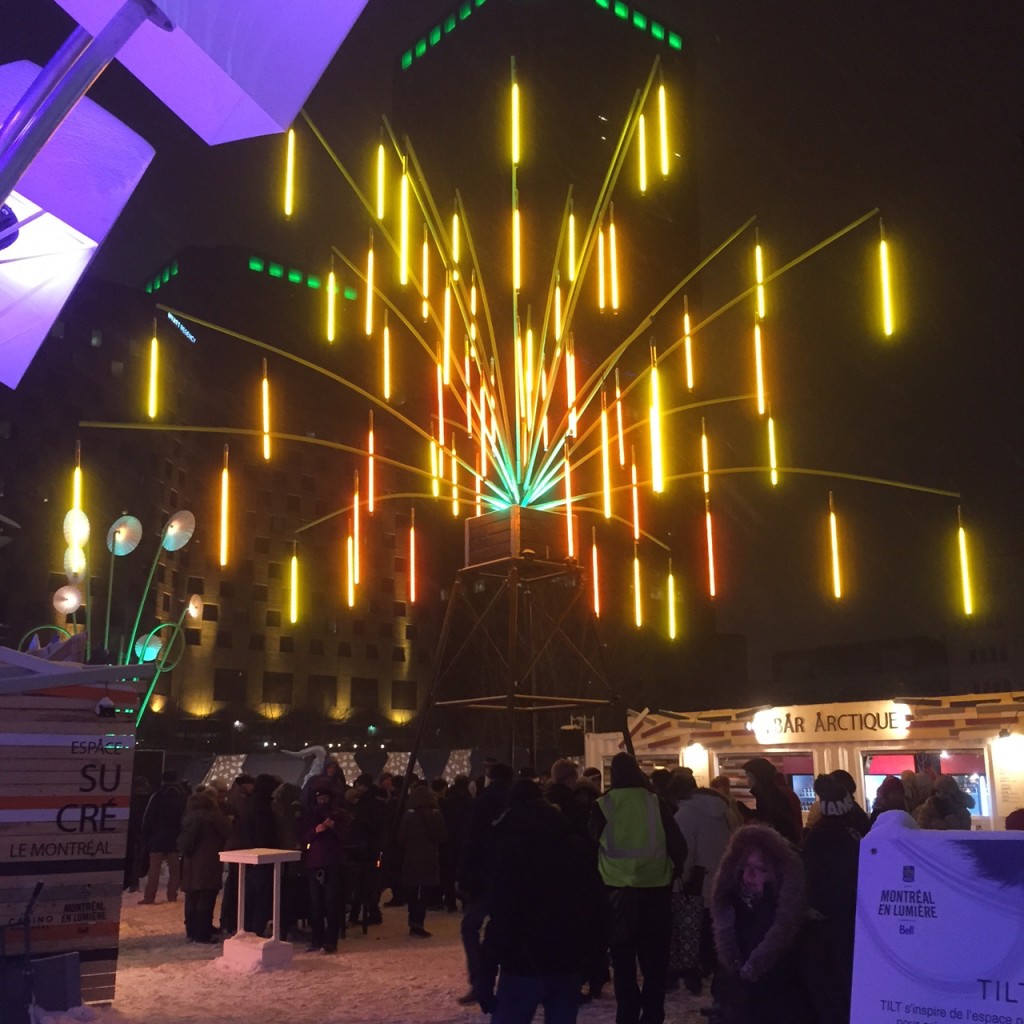 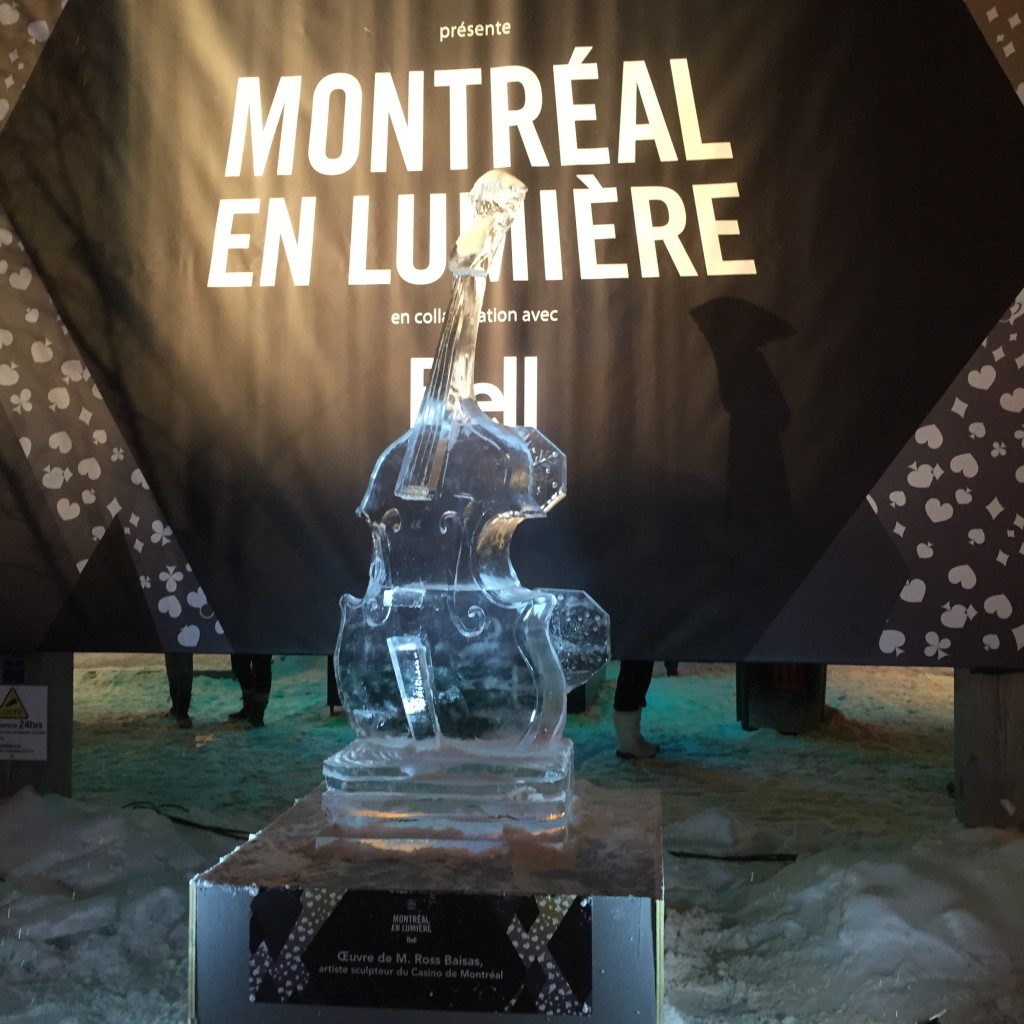 If you’re looking for a way to enjoy the cold, there’s still time to check out Montréal en Lumière. It ends on March 1st.

And a HUGE shout out to Hotel Espresso! We’ll be baaa-aaack. 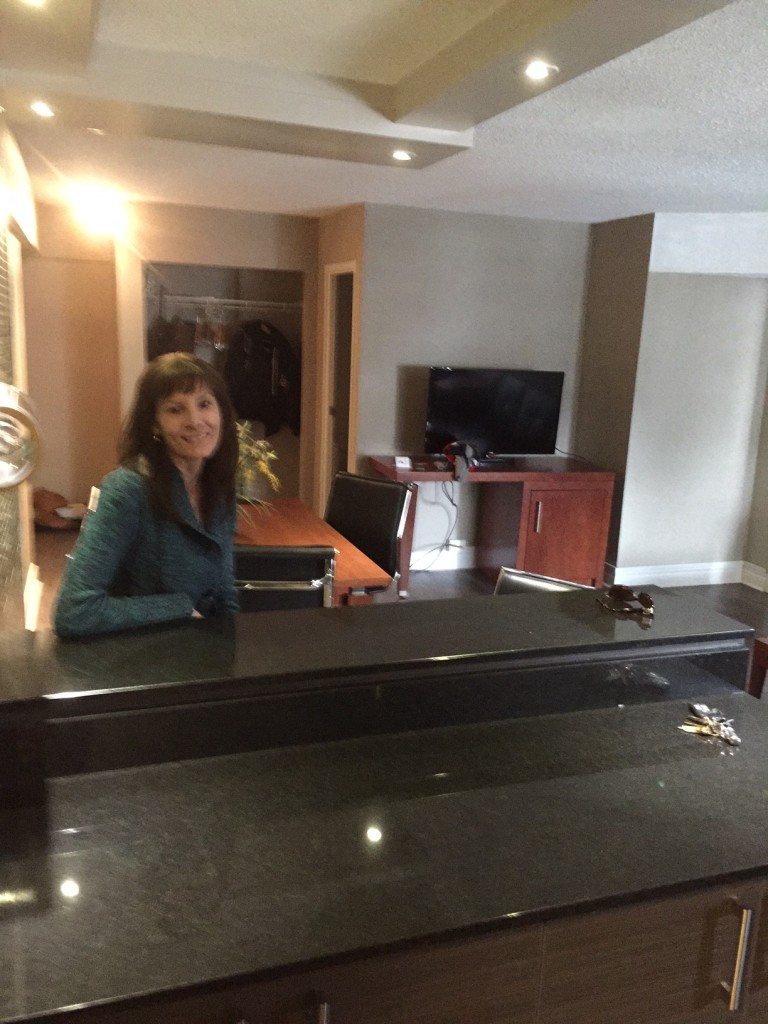