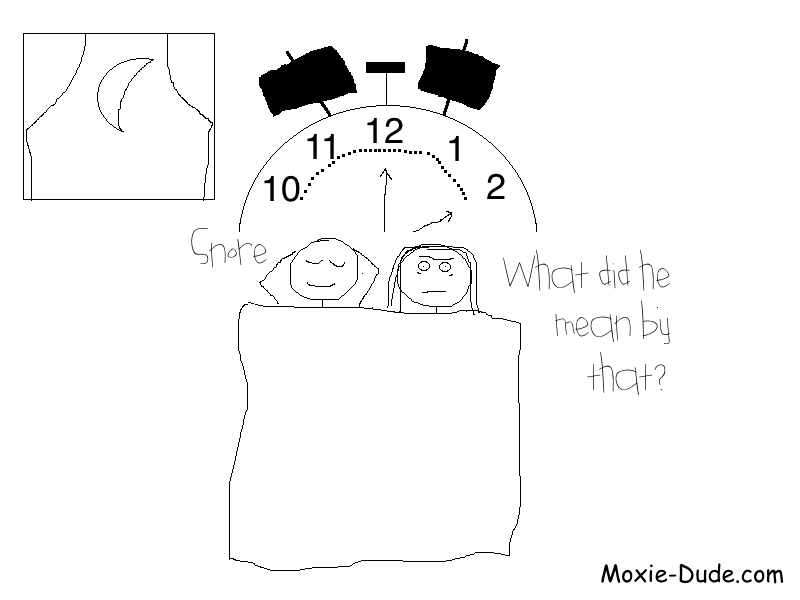 Last night Greg and I were lying in bed, both of us half asleep and taxed from the week’s debris, when all of a sudden he turned towards me and kissed me on the head. Seven times.

If you know me in real life, you know what happened next: I was accosted by questions.

Suddenly my drowsiness was replaced with the thick cloud of insomnia as the Hamster started to analyze EVERYTHING about Greg and the seven kisses. (Is it just me or does that sound like a great title for a fairy tale? Yo, Brothers Grimm! “Greg and the Seven Kisses”. Sounds like a best seller, no?)

If I had been the one to randomly kiss him, the simple gesture would have been doused in logic. And I know this because I would have kissed him THREE times.

Kiss #1: Oh I half missed his forehead. I need to try that again because if he dies in his sleep, the last thing he’ll remember about me is my crappy half kiss.

And then I would be overcome with sleep and comforted by a contentment that can only come from an achieved analytical logic.

But since there was no rational behind Greg’s seven kisses, I got to lie in bed and ponder to the beat of my own insomnia while he slept.

So yeah. I may have been a little pissed at him this morning.

While I’m fully aware that women are known to analyze the crap out of everything, I have to ask:

During moments of silence WHAT DO MEN THINK ABOUT?