You are here: Home / Pretending to be a grown-up / I’m writing my bio and need some feedback 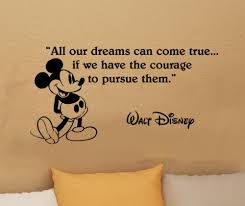 I’ve been asked to write my bio in third person and need your help. It doesn’t need to be very long but has to be inspirational. Anyone who has ever had to write about themselves KNOWS IT’S HARD. Throw in “make it inspiring” and suddenly you want to kill yourself. Well, maybe that’s just me.

Okay so here it goes. Let me know what you think, Okay?

“Never give up on your dreams,” they say.

You know. People like Oprah and Walt Disney and Steve Jobs.

Well Mona Andrei, an ORDINARY person, has also overcome adversaries throughout her life. And yet she has still managed to make her dream come true.

For instance, she was born NAKED. And as if being born naked wasn’t humiliating enough, she was born naked IN FRONT OF HER PARENTS. Yes, we know. Not off to a great start. And the challenges continued.

At age 4 she was told by her parents (the same parents who decided to keep her regardless of her humiliating entrance into the world) that she was not allowed to use the electric saw in her father’s shop thus was forced to abandon her dream of becoming a tree house builder for the Keebler Elves.

Then at age 9 she realized that the sight of blood made her involuntarily walk backwards as though she were backing away from a murder scene. Once again she was forced to abandon a life-long dream – this one was of becoming a veterinarian.

When she was 15 and three-quarters (a very impressionable age) Led Zeppelin’s drummer, John Bonham, died leaving her to never, ever see one of her favourite rock bands live. (Although to this day Ms. Andrei is still not certain if she REALLY liked Led Zeppelin or simply knew all the words to Stairway to Heaven.

At age 21 her life was once again set on a new path after the birth of her first child. That year Ms. Andrei was well on her way to becoming the first-ever pregnant woman to watch every episode of Days of Our Lives throughout an entire winter. Her daughter was born in December.

Then at age 24 she lost all of her money (all $14ish) when she broke up with the father of said first child. While this left her slightly distraught, it did turn out for the better. Admittedly, Ms. Andrei did not notice the positive side effects of the break-up until YEARS later. Or possibly the next day. Accurate records from this time period have yet to be recovered.

Then finally at the age of almost 30, Ms. Andrei finally realized a dream when she received an issue of one of her favourite magazines, Chatelaine, and noticed her name was on the cover. Imagine her delight to see her name in bold, black print, right on the subscription label!

After that Ms. Andrei knew in her heart of hearts that there was no turning back. Reading would always be a part of her life and no dream was ever going to be too big for her.

As you can see, no matter what crap life throws in your way, one should never, EVER give up.

So what do you think, awesome readers? Inspiring enough?