You are here: Home / Hamster Ramblings / How I almost died in Florida. (The post I disremembered to write.) 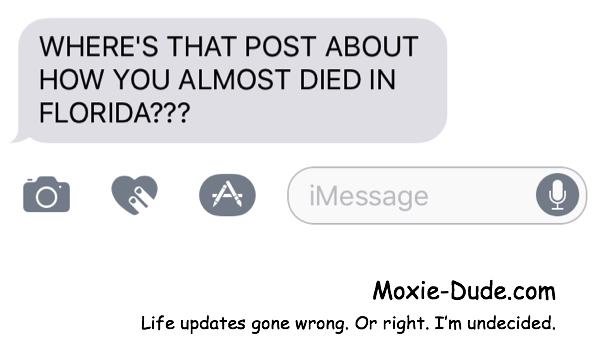 Earlier this week I received a text from my friend, Marcia:

“WHERE’S THAT POST ABOUT HOW YOU ALMOST DIED IN FLORIDA???”

My first thought after reading that text:

WHY IS SHE YELLING AT ME?

What is she talking about?

That’s when it dawned on me. I posted somewhere that I almost died in Florida and promised to write about it. But then clearly disremembered said traumatising experience.

Side note: Disremembering is exactly like forgetting but different.

Did you remember to pick up milk on your way home?

To disremember is to disassociate yourself from something altogether. Clearly this is what happened until I received Marcia’s text. (Thanks, Marcia.)

Back in … what was it … December??? (Now you see? This right here is an “oops” moment and therefore demonstrates something that I’ve forgotten.)

Anyway, I was visiting my parents in Florida and decided to take a walk in their backyard. 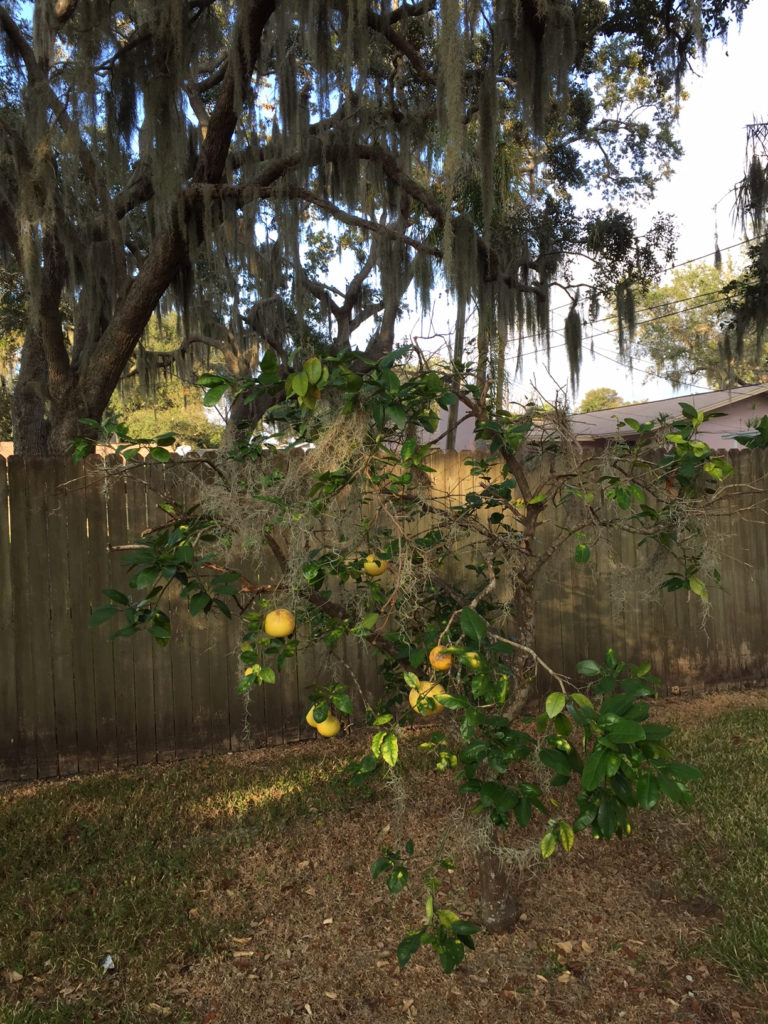 All was nice and peaceful and Florida-sunshiny until I walked into an invisible force.

Or at least I THOUGHT it was an invisible force, which probably would have been better because it turned out to be a spider web. And not just ANY spider web. Oh no. This spider web was as thick and sticky as fishing line dipped in cotton candy juice. Only less sweet and more spidery. It was gross. (And traumatizing, which explains why I disremembered the whole incident.)

The next thing I know I’m channelling my inner ninja and fighting for my life to escape the claws of death. As nimble as I am, I almost pulled a back muscle.

After a brief moment of standing still to assess the enemy (also I was slightly out of breath), my warrior eyes fell upon this … 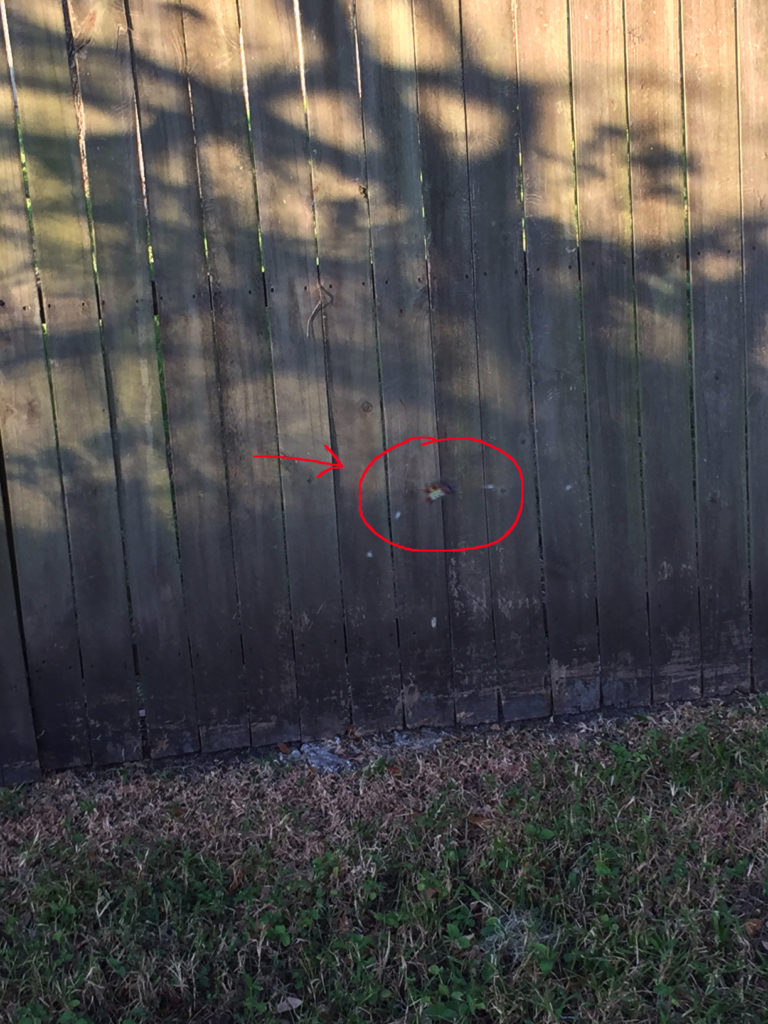 As you can see from this pic, even the shadows are creeped out.

Feet cemented into the ground, I used my iPhone camera (not a plug for Apple) to get a better look at what had just attacked me. 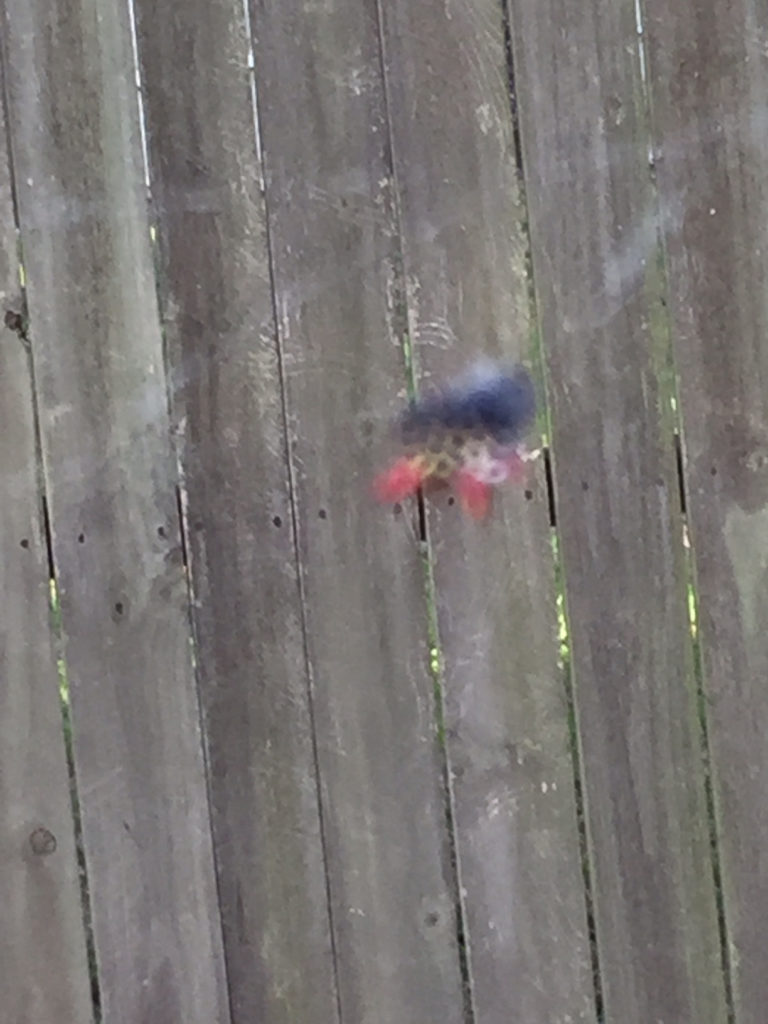 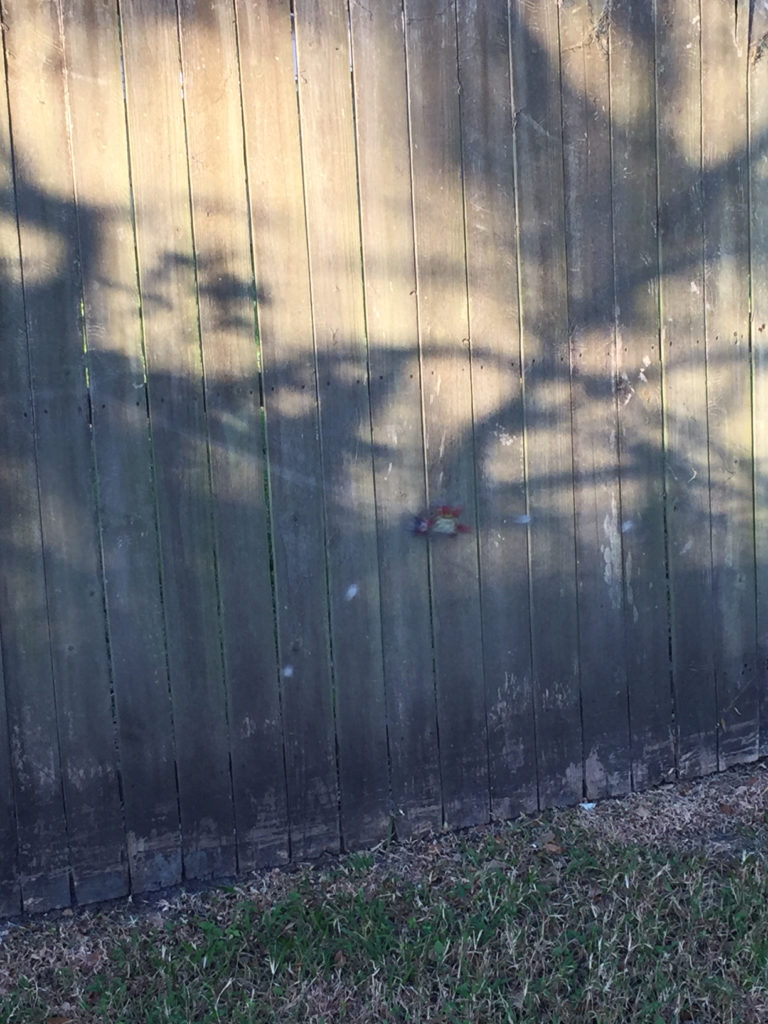 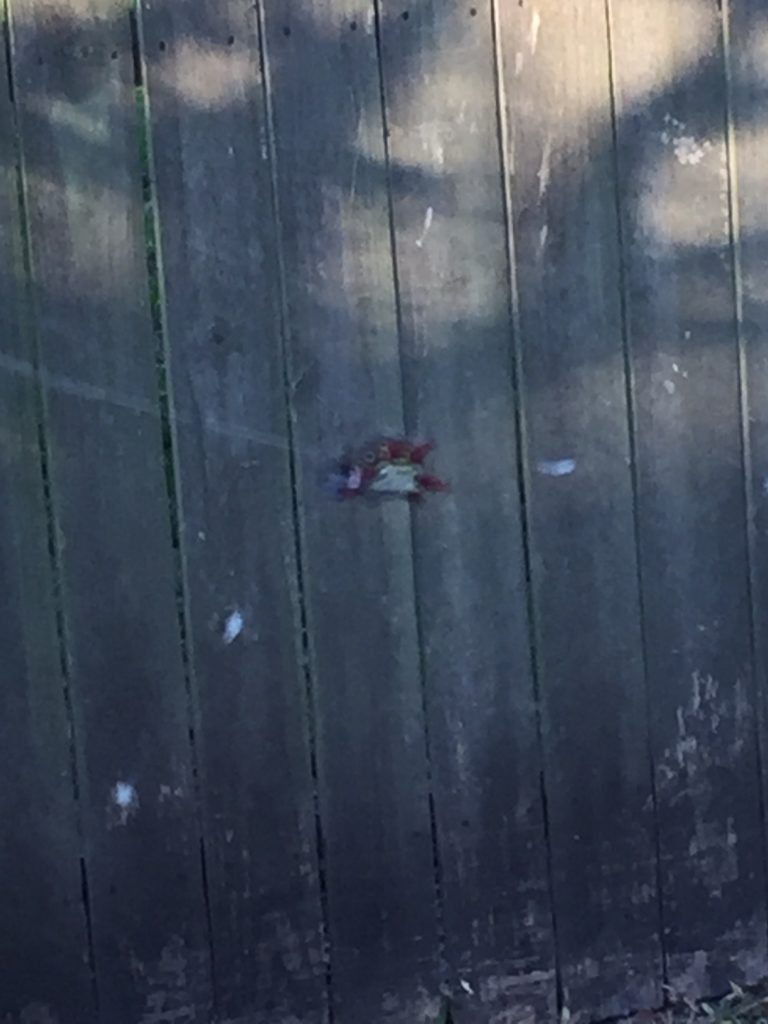 I’m certain it had horns but the damn thing kept moving. 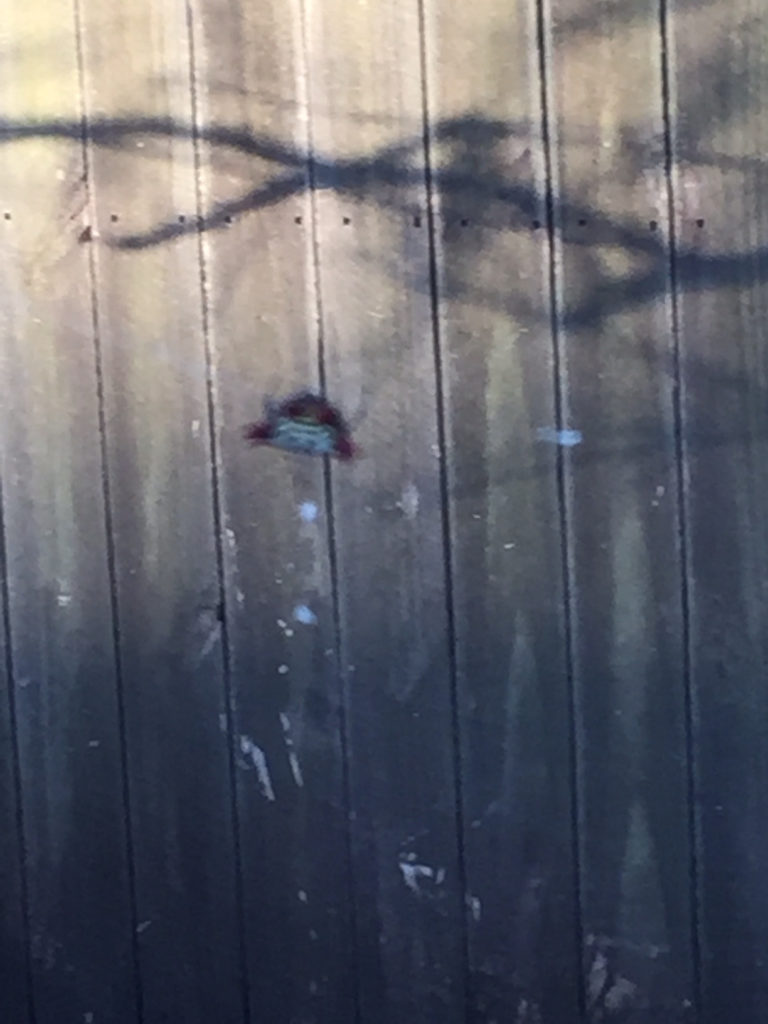 As I write this post, all of the fear … all of the trauma … that I originally lived through is coming back. (Thanks again, Marcia.)

Realizing that I need closure, I gathered all the courage I could muster with one deep breath and googled “traumatizing colorful spiders with horns in Florida”.

With further research, I learned that it’s called a crab spider or on some sites a citrus spider. 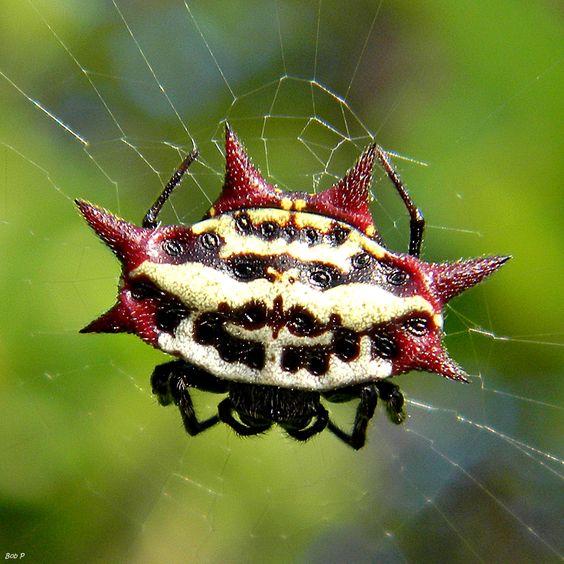 THIS IS LIVING IN YOUR BACKYARD.