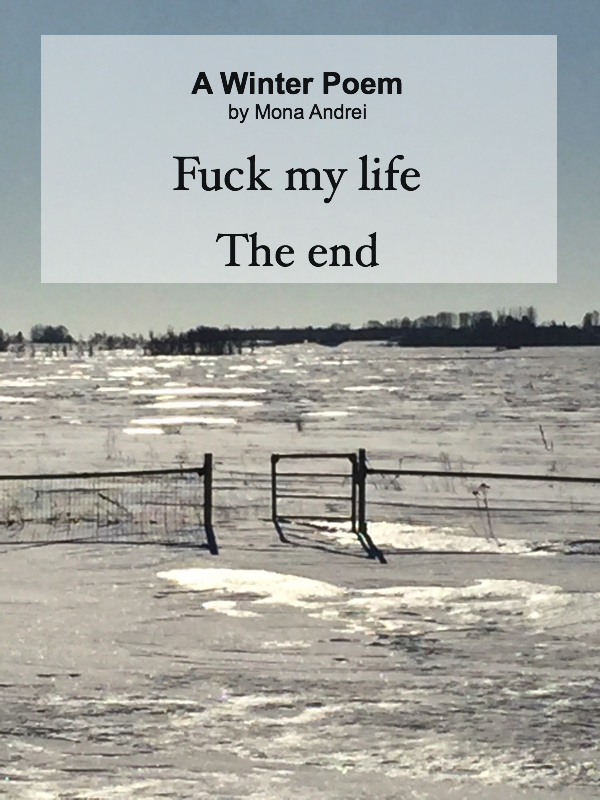 I’m currently in the middle of an argument with myself.

Part of me thinks sharing the following will have no value since many of you are from the south, where suffering through Canadian winters is somewhat of a myth.

Another part of me is yelling at THAT part of me, saying OF COURSE I have to share this since many of you have never experienced the delights of a Canadian winter.

And then there’s a third voice. That one is saying, “Ignore them. JUST WRITE THE DAMN POST.”

That’s the voice I’m listening to.

Let’s begin by going back in time …

BLPLPBLBLPLPBL *sound of me pressing the rewind button*

We’re walking the plank towards the end of the year and the word “magical” is everywhere.

You go on Twitter and peeps are posting about their expectations for 2018 and what a “magical year” it’s going to be.

You head over to Facebook and the same thing: Memes of the magical New Year.

Then on LinkedIn folks are using words like “successful” and “making a difference” but you know they really mean magical. 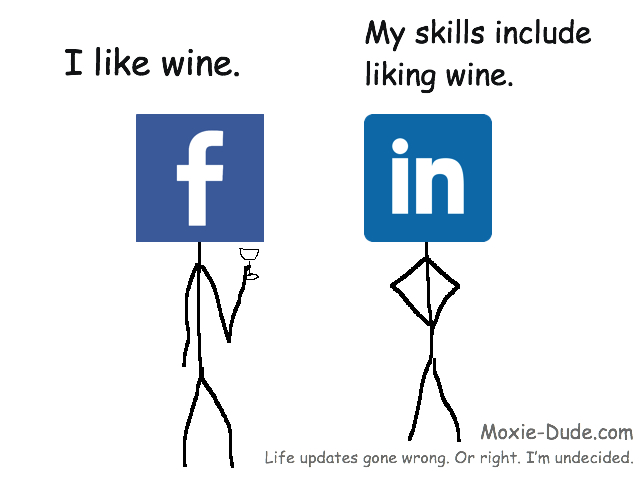 During the month of December while all this anticipation-for-the-magical-new-year was happening, I was down with a bad cold. To be honest, I wasn’t feeling very magical. Hopeful maybe, but mostly doubtful. That’s how it is when you’re sick.

First my car died. It was the Wednesday after Christmas and like any other morning, I woke up.

Unsuspecting, I paired my coffee with words, and even though I didn’t say it out loud, my overall feeling was one of excitement. After days upon days of disjointed activities (an effect of the holiday season), I was eager to go back to the office.

Don’t get me wrong. I enjoy the holiday season as much as any other over-stressed, under-appreciated mother. But enough was enough and I COULD NOT WAIT TO GET MY ASS BACK TO WORK. I even put on lipstick that morning.

You can imagine my disappointment when I went outside only to discover that my car wouldn’t start. I was a prisoner, stuck in the abyss of the holiday season – that week between Christmas and New Year when you’re not sure which routine you belong to BECAUSE THERE IS NO ROUTINE. Desperately trying to claw myself back into the comforts of everyday productivity, my car decides to be an asshole.

So I channeled my inner mechanic and told myself that all I needed was a boost.

Just to be clear, my inner mechanic doesn’t know squat about mechanics.

I got my boost and drove around for a while as a form of self-resuscitation for my battery because apparently that’s what you’re supposed to do but my car still wouldn’t start after I turned it off.

Long story short, I managed to get it to a garage and low and behold, I needed a new battery. Oh, and something about my suspension. Also, my emergency brake was … first word to come to mind, BROKEN.

A gazillion dollars later my car was back on the road.

BLPLPBLBLPLPBL *sound of me pressing the fast-forward button*

Car is working great. I’m back at work. I wake up one morning with a bad case of vertigo. Lovely.

A few days later I went through a life lesson with certain characters in my life. Although it left me stronger and wiser, it was a painful time as life lessons usually are.

(Dear Universe, you know I DO read, right? Why not just send me a letter sometimes instead of dragging me through crap? Just a suggestion.)

Then a water faucet blew up in my house.

I don’t know why I ever doubted that.

In other news, I learned recently that a new parenting trend involves sewing children’s baby teeth into the mouths of dolls. It looks as creepy as it sounds. Don’t believe me? You can read about it here.