You are here: Home / Writing / I have a book deal and I’m writing about a serial killer. These facts are unrelated. 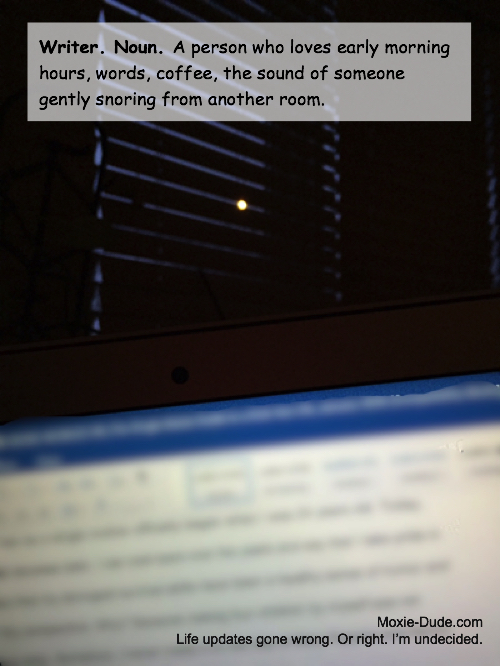 If you missed last week’s post, I was feeling slightly torn between signing with a publisher, or changing my vision for a memoir on single parenting that I’m writing and going with an agent. I’ve decided to go with the publisher on this project.

Why? Because the publisher and I share my original vision for the book and because we’ve built a rapport.

It’s official. I have a book deal.

This is not to say that working with the literary agent is off the table. She’s interested in another book I’m writing. This one is a psychological thriller about a serial killer. Just to clarify, this project is not a memoir.

But how can I write more than one book at a time, you ask?

I can’t help it. Sometimes you write because you feel passionate about a topic. Other times, serial killers take residency in your brain and you can’t write the story fast enough. And sometimes these two unrelated things happen at the same time.

Word of caution: The serial killer story is unlike anything I’ve ever shared publicly.

Some of you may remember my obsession with Criminal Minds a few years ago. I would get all excited when I turned on the TV at the end of a day and realize that I was tuning in to the beginning of a new episode. As crazy as this sounds, it was the highlight of my day.

Then I would go to bed a few hours later feeling all creeped out. I would lie in my bed wondering if a serial killer was hiding somewhere in my house, quietly waiting for me to fall asleep.

While I don’t watch Criminal Minds anymore, the obsession has grown into a dark and twisted story in my head.

In fact, when my someone read the first chapter, which is told from the serial killer’s point of view, he became very quiet; almost speechless. This is significant because if you know my someone, he is never speechless.

Here’s how that went …

We were lying in bed, he was reading the chapter from my laptop, and I was pretending to fall asleep. But really, I was waiting for him to finish reading the chapter – undisturbed – so that I could then share my plans and enthusiasm for the story with him. I’m not kidding when I say that the serial killer is inside my brain, and I wanted to tell him the meaning behind certain passages. I wanted to explain the foreshadowing for twists that will take place further into the story. I wanted to tell him why the serial killer sounds the way they do.

When my someone finally finished reading the chapter, I quickly sat up like a little girl waking up on the morning of her seventh birthday and started a rapid-fire spit-ball session of dialogue. Except it was more of a monologue.

Then nothing. I followed the silence and lay back down and waited. After a reasonable amount of time had passed (about 87 hours), I stared up at the ceiling and asked the question that belongs to all writers:

His response was muted from any sense of shared excitement.

“It’s not like your other stuff. And yet there’s a lot of you in there,” he said.

That’s when I felt him move away from me, towards the edge of the bed. It’s also when I realized that he was a little afraid of me.

All that to say that my someone did not have a good night’s sleep and I’m pretty sure he was surprised to find himself alive the next morning.

I must leave you now, awesome readers. A serial killer is clawing for my attention. Meet up next weekend, same place, same time?