You are here: Home / Writing / What if we were friends with our classic writers on Facebook? 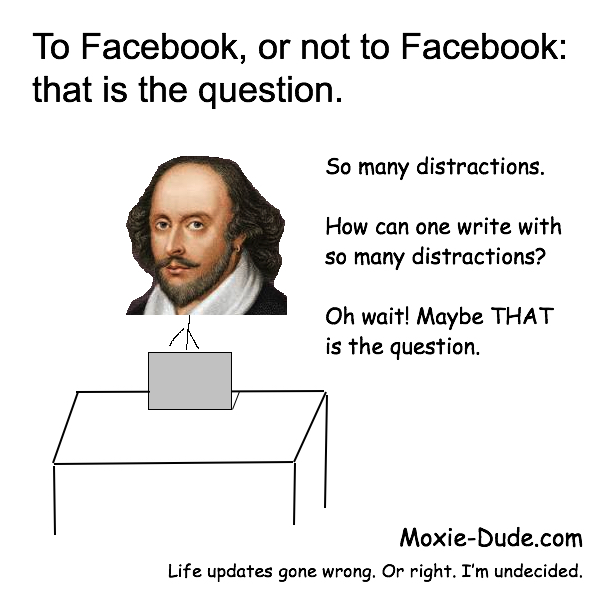 And we meet again, awesome readers!

So as some of us have figured out by now, the internet is here to stay. And even with all that’s going on with Zuckerberg and our privacy, it’s pretty safe to say that social media isn’t going anywhere fast either.

But everything has a purpose, right? If it wasn’t for the internet and social media, HOW WOULD WE KNOW STUFF?

How would we keep in touch with people we haven’t seen since forever? Definitely not by the art of old-fashioned letter writing. Have you seen the price of postage stamps lately?

How would we follow the news? Not by reading newspapers. Haven’t you heard? We can’t trust the printed word.

Seriously. The internet in general and social media in particular has maintained a strong relation with society. (Sound familiar?)

Naturally, this got me to thinking about our classic writers and how social media may have changed the way they thought about the world, their place in it, and their work.

For example, here’s what some of them may have said (some under their pen names) had social media been invented a few centuries earlier …

One touch of social media makes the whole world kin.

Words have no power to impress the mind without the exquisite horror of their shares.

‘Tis likes and shares that make the world go round, my baby.

I have seen status updates in my life, that have stayed with me ever after, and changed my ideas; they have gone through and through me, like wine through water and altered the color of my desktop.

Life began with waking up and loving my Facebook stream.

She is too fond of Facebook, and it has turned her brain.

Whenever you find yourself sharing what everyone else is sharing, it is time to pause and reflect.

Some people go to priests; others to poetry; I to my friends on Twitter and #5amwritersclub.

The past is not dead. In fact, it lives on forever on the internet.

I am a kind of paranoiac in reverse. I suspect people of liking my posts to make me happy.

You never really understand a person until you consider what they post on social media.

Your turn. What do you imagine some of your greats would have said had social media been around during their time?