You are here: Home / Aging and its niceties / The truth behind my obsession with Friends: my brother 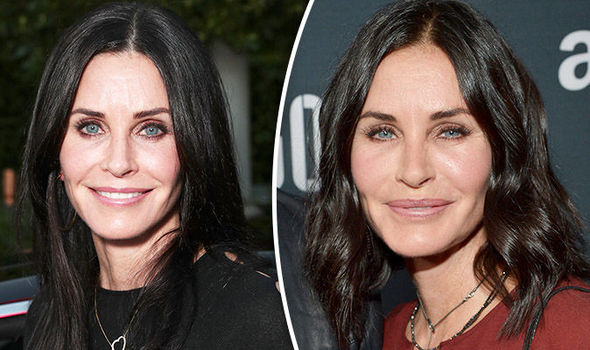 And when I say “beautiful”, I really do mean it.

This conscious appreciation for the many phases of beauty stems from an article I read recently where Friends co-star, Courteney Cox, has succumbed to the aging process and is now following a trepid diet of self-acceptance.

I COULDN’T BE HAPPIER FOR HER.

Okay, okay. I don’t know her in real life and why should I care how she feels about herself and her age?

Yes, I can hear the questions.

I can actually see the rainbow of raised, questioning eyebrows.

So here are a few thoughts on this …

First of all, as with the show’s aging stars (and audience), we all know that Friends is several years past its prime. Admittedly, during its heyday I was probably the only person in the entire western world that wasn’t watching this weekly comedy.

Yet I was very much aware of this funny little show about six BFFs living in NYC.

I remember going into the office and hearing my colleagues talk about the previous night’s episode.

I remember how everyone had a favorite character.

I remember conversations about the “end of a season” or the beginning of a new one.

So why wasn’t I watching this much-talked-about show? I blame my rebel self. I wanted nothing to do with it simply because everyone else was watching it. (Also, I may not have had cable at the time.)

Then my brother got sick and moved into his final home, a hospital for people carrying the burden of a life-limiting disease. It was during this time, during my visits with him, that Friends quickly became our favorite show. We would watch. We would laugh. We would try to imitate Joey’s, “how YOU do’in?”

Then, after my brother’s body gave up and we were left with the heavy void of his death, I just couldn’t watch it anymore. It’s like I was mad at Friends … blamed the show for our family tragedy.

Something happens deep inside us when someone we love dies. Thoughts and questions enter our brains like little rabbit turds that suddenly appear in the unsettled corners of our mind.

“Maybe I should have stayed longer during my visits with him.”

“Why didn’t I take advantage of the time we had?”

“With all the assholes and pedophiles in the world, why did my brother have to be the one to get sick and die?”

“Why was the truth of his impending death so hard to look at?”

And then I would hear the theme song to Friends (“… I’ll be there for you …”) and I hated it. It seemed to yell at me.

YES. YOU SHOULD HAVE STAYED LONGER DURING YOUR VISITS WITH HIM.

YES. YOU SHOULD HAVE BEEN THERE ON HIS LAST BIRTHDAY.

YES. THERE ARE A LOT OF ASSHOLES IN THIS WICKED WORLD AND WE ALL LIVE AND DIE TO THE TICKING OF OUR INDIVIDUAL CLOCKS.

THE TRUTH WAS HARD TO WATCH BECAUSE LIFE SEEMS TO ENJOY HER ABILITY TO STEAL FROM US. GET USED TO IT.

I’m not saying these thoughts are logical. I’m just saying that the rabbit turds get caught up in a whirlwind before they settle in a place deep within our souls. It’s how death works for the living.

Then about a year ago I was looking for something to watch on Netflix and there it was: the entire ten seasons of Friends, right at my fingertips.

“Hmmmm … do I really want to go there?” I asked myself.

Apparently, it was time because myself didn’t even wait for an answer. Before I knew it, my finger had tapped on the show’s icon and there we were. Just my iPad and I lying in the dark, re-watching … re-living … some of the last days of my brother’s life with Monica, Chandler, Phoebe, Joey, Rachel, and Ross. Oh and Gunther.

At first it was hard. Although hard in an increasingly good way.

I got to re-hear my brother’s very distinct laugh as I listened to the same lines that had made us chuckle out loud.

I got to remember who I was, who my brother was, and what our quiet, adult friendship was like.

Over this past year I’ve immersed myself through the seasons like laps around a swimming pool.

At first, I would catch myself holding my breath. Although my eyes were pointing toward the screen, I watched the show from inside my head.

The theme song made me melancholy. The rawness of the actors’ performances during the first season made me realize that we live in a world that revolves around change.

Then as the characters developed into their own with each passing season, I began to slowly climb out of my head and watch the show for what it was: a funny show about six imperfect friends. Quirky in their personalities. Eccentric in their friendships. Always ready to make fun of each other; yet truly loyal to each other and to their friendships.

And now with Courteney Cox accepting her aging body, I feel it’s time to let go of my imperfect loyalty to my brother.

I think of him every day and have come to realize that missing him is a part of life after death.

In the same breath, I can’t help but tilt my head with a welcoming nod to the morning sun and new phases of my own life.