You are here: Home / Writing / The difference between being nice and being kind 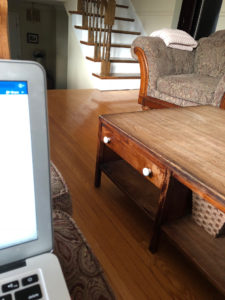 I’m gathering my thoughts as I get ready to dig into writing the next chapter of my book. But first a few words on the difference between being nice and being kind. Is there really a difference? The answer to that is a definite ‘yes’, as I found out recently.

To put this into context, let me say that yesterday I had written an entire post explaining the details of my hard-learned lesson. Then I gave it to my someone to read before pressing ‘publish’ and this was his reaction:

YOU CAN’T WRITE THAT ON THE INTERNET.

I had a bicycle that I was trying to sell and then I met a fox that wanted to rent my bicycle for herself and her children. I thought it was the perfect solution. I would get to keep my bicycle and at the same time, help out a fox that needed precisely the kind of bicycle that I had: she loved the color and it was in the location that she wanted to ride it.

For the number of months that it takes to ride around a block two dozen times, this fox gave me excuse after excuse about why she was always late with paying her rent.

I saw the red flags but chose to ignore them. I truly believed that this fox had good intentions; that she was simply going through a hard time while trying to make up for poor decisions.

When I asked the fox what happened to said items, she responded with, “I don’t know.”

Straight to my face, without blinking or flinching, and with apparent sincerity, she said the words.

Today I stand before you with eleventy-thousand dollars owed to me. But much worse than that is the cold, hard fact that foxes can blatantly lie to your face even though you did everything in your power to help them. This was a very rude awakening for me. 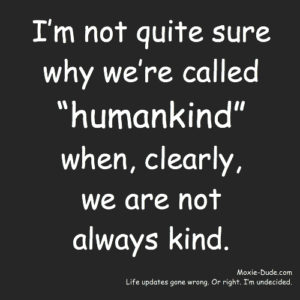 As I write about this, I’m remembering a man I knew for a very brief time. I was sixteen years old, he was in his 30s. Long, reddish hair and a scraggly beard, he reminded me of a defeated version of Jesus Christ.

“Don’t ever let life change you,” he had said to me.

His clothes were dirty and he smelled like stale booze and cigarettes.

Thinking back, his words were full of sadness and regret. I’ll never know his story but I’m imagining that circumstances in his life had changed him and he was realizing that his defeat was a choice.

I’m sharing this with you because in the initial days after I realized – confronted the fact – that sometimes people can hide their true intentions, life did change me. I felt disillusioned. I couldn’t understand how someone could be so calculating and string me along. And in the same breath, live comfortably within their own skin.

The fox was alone with her children foxes and for some reason, I felt obliged to her. I felt that it was up to me to “give her a chance”. Meanwhile, I was suffering. I too am a single mother and while she was taking her free ride, I was having a hard time paying my own bills because I needed the rent from the bicycle to make ends meet. I work hard but not hard enough to support my life AND the fox’s.

This forced me to take a hard look at myself and I realized that an important piece of me didn’t want to be part of this world. A world where people are dishonest and essentially cruel.

And then those words:

Don’t ever let life change you.

I have a choice. I can let a piece of myself die; escape from the reality as I feel it now with this new sense of awareness. OR I can continue to be who I am with an added layer of wisdom that separates the nice from the kind.

I will continue to be nice. To smile. To show common courtesy and politeness. I will not let this drag me down.

But I carry a new weapon now. An awareness that cuts through naivety and sees the red flags for what they truly are. I will continue to be kind, but with the understanding that I cannot save the world.

Did any of this make sense to you? Writing cryptic is hard and I would have clearly made a terrible spy.