You are here: Home / Hamster Ramblings / I’m not that kind of girl: The kind that pretends to know the difference between the Grey Cup and the Super Bowl 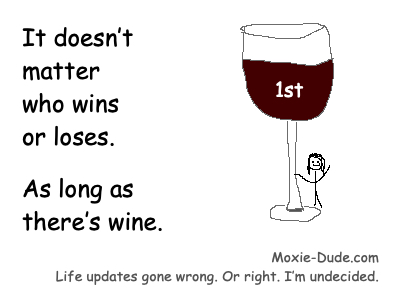 Confession: I have no idea what the difference is between the Grey Cup and the Super Bowl.

If we were sitting in a bar – the kind of bar with big screens that make men running around in tight pants look almost life-sized – and I admitted this, you would have one of two reactions. You would either smirk and feel compelled to explain the difference to me, or you would roll your eyes, believing that I’m either exaggerating or Amish.

Then you would say something nice and change the subject because you wouldn’t want to know which of these is true: is she a liar or disconnected from the rest of the world?

Especially since up until that point, the conversation had been going rather decently.

The truth is that I come from a long line of non-team-sports-followers. My parents didn’t “watch the game” and neither did their parents. I have my mother’s eyes, my father’s nose, and their combined disinterest when it comes to watching team sports. Although I will say this: I went to a hockey game once and even though I had no clue what was going on as men skated back-and-forth across the ice like a flock of wild turkeys, I did enjoy myself.

And now you’re thinking that there’s hope for me, after all. But is there really? Will it change my life if the Penguins win or the Dolphins? Notice I didn’t say “against”, although this too brings up a good point. Why don’t teams from different sports play against each other? What if we had the Lakers play football against the Blue Jays? Wouldn’t that be interesting?

(Don’t give me too much credit. I had to look that up; team names, sports played, all of it.)

Going back to the Grey Cup and the Super Bowl, I do know this:

They’re both named after dishes.

Subscribe to this blog and get notified when new posts are up. How do you subscribe? Just enter your email address in the subscription box on the right.