You are here: Home / Hamster Ramblings / The response: Because it’s 2015. The question: Are we taking Justin Trudeau seriously? 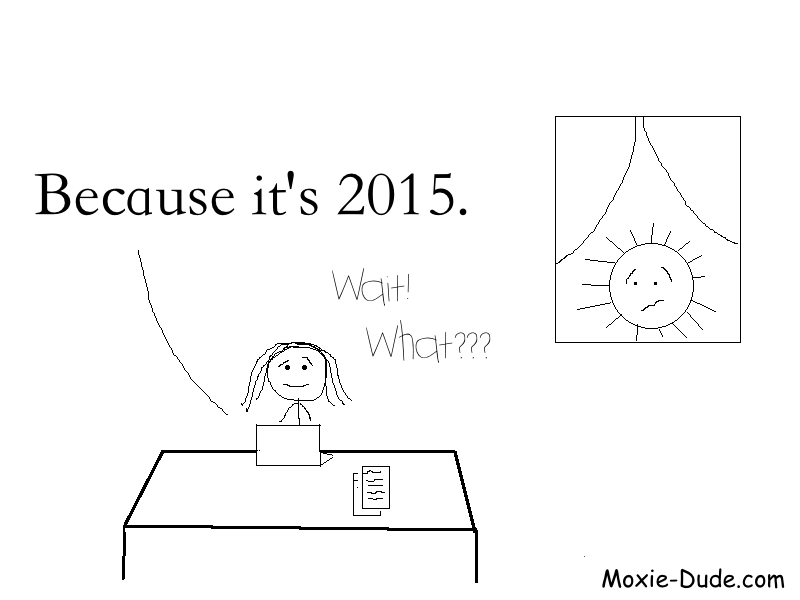 I admit it. I’ve become a little in awe of Justin Trudeau since he became the new Prime Minister of Canada.

Justin Trudeau (aka nice human being) is in the limelight as part of the Canadian landscape of current events. If his occupation were that of janitor of a school, I’d have the same opinion. Except that I probably wouldn’t know about him because the rest of the world wouldn’t be interested in interviewing him. (#Fact)

So while I’m getting to know our country’s new leader through a plastering of videos all over the internet that portray his daily life, I’m getting a little confused. There’s “approachable” and then there’s, “WAIT. WHAT???” (#LevitationOfEyebrow)

Some of the questions the media is asking our new Prime Minister seem to be a reflection of just how serious we’re taking Justin Trudeau in his role of leader. (#Ridiculous)

For example, Peter Mansbridge envisioning that Mr. Prime Minister should be singing Kumbaya while on the bus, on his way to work. (Apparently all working stiffs have a sing-along while riding the bus.)

Or the now famous response and T-shirt slogan (“Because it’s 2015”) to a question about gender balance that caused the internet to go ballistic – similar to the world’s fascination with cat videos. (#Seriously)

Admittedly, I’m not a political person. But I must ask you, dear readers: Are we taking the new leader of Canada seriously?