You are here: Home / mom adventures / Guilt and its power over single mothers. Post 2 of a series. 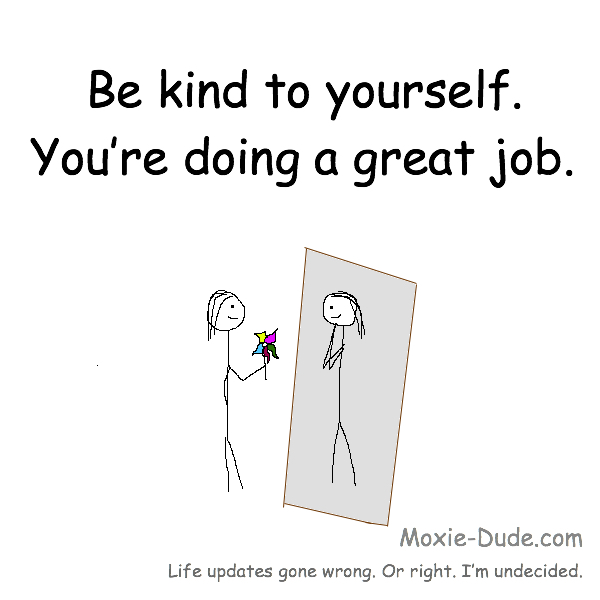 Before we continue on our journey, I want to thank all that reached out after reading the previous and first post of this series. Clearly, striving to do our best creates a sisterhood.

“All very true. I love your description of the flavour of guilt. I taste it every day.”

“Thanks for writing this. I’m a single mother and most of the time I feel alone. Your post helped me realize that it’s not just me.”

“Hit the nail on the head with this one.”

Thanks for reaching out, awesome readers. I love hearing from you.

If you missed the first post you can read it here.

And the journey continues …

Several years ago, a friend (single and without children at the time), took it upon himself to impart his limited knowledge on parenting:

“All mothers feel guilty,” he’d said. He was trying to make me feel better.

To give you context, it was a Wednesday evening and I was sitting, deflated, in a classroom. Just a few hours earlier I had left my day job at precisely 5 p.m. to pick up my daughters from daycare, feed them supper, and rush them to the babysitter’s apartment. Oh and by the way, the “babysitter” was my girls’ father. (I could say: “that’s another story”, but as we know, it’s all part of the same story, isn’t it?)

Now about my friend with all the wisdom. The one that tried to make me feel “normal” for feeling guilty. I knew that his intentions were good. Regardless, his words cast a dark shadow of self-reproach around the muddled blur of the day that sat heavy on my slouching shoulders. To be perfectly honest, I felt like a neon light was flashing above my head with the words “World’s Worst Mother” written in bold, scarlet letters.

Life back then wasn’t easy. Monday to Friday, my girls and I would leave our apartment at 6:30 every morning to walk to the bus stop. Our mission was to get to the daycare for 7 o’clock when it opened so that I could catch the next bus that would take me downtown Montreal. The goal: to be at my desk for 8 a.m.

Confession: I was often late.

Before I continue, I need to take a moment to appreciate my boss at the time. We’ll call him Mr. P.

Mr. P. pretended never to notice me walking (actually running) into the office, usually around 8:20. How do I know that he was pretending? One morning I walked into the office a few minutes before 8 a.m. He saw me, looked down at his watch, and with an exaggerated “I’m your boss” voice, said:

Then he smiled. I laughed, mostly from relief.

I haven’t thought about him in years and as I write this, I remember that day with a soft sigh in my heart. You see, every morning was a race against time and I truly did my best to respect “office hours”. But there was always something. Traffic. Weather. A missing sock. Whatever. Yet clearly, my boss, in his quiet way, looked beyond my daily madness of getting my ass to work on time.

Although we never spoke about it, from that moment on I felt that he was silently cheering me on. (From the future, a sincere thank-you, Mr. P.)

As for my friend, the one with the good intentions … the one who told me that ‘all mothers feel guilty’ … I have to agree with him. All mothers, whether we’re single, married, or divorced, live with guilt.

Well here’s the thing: Guilt is a lie.

Think about just after the delivery when you look into your new baby’s tiny, old-man face and the rest of the world washes away. Am I wrong in saying that the moment brought tears to your soul?

The doctors and nurses … everyone else in the room watches in awe as “mommy and new baby” bond in natural, naked glory.

Legs still in stirrups yet long forgotten, hair sticking to the sides of your sweaty face, emotions hijacking your soul, you’re completely oblivious to the indecency of your dignity. For the doctors and nurses, it’s just another day on the job. No need to cringe in shame because once the task of assisting with childbirth is accomplished, the last thing anyone is focusing on is your exposed and mangled private parts. But you know this already. From their perspective, their job of helping to deliver your new baby is done. Now what they get to witness is an emotional moment … a phenomenon of beautiful proportions: a mother’s love reduced to its purest and unaltered state during the first moments of a child’s life.

But you and me, we’ve been on this side of the stirrups and we know what’s really going on. Those tears of joy that spill out through exhausted eyes are actually tears of terror. As we look down into that tiny face, so needing and so trusting, we’re crying because our biggest wish is that time would freeze. We’re not asking for much. Just a few years. This is because in that moment in time, innocence is still twinkling with perfection. We have not yet screwed up.

We know that perfection can’t last forever. At some point exhaustion, frustration, LIFE will butt in and we’ll react in a way that puts a corrupted dent into our ability to mother.

But for these few seconds, right after giving birth, everything is still flawless. The innocence and trust of our child has not yet been wrecked by the struggles of daily challenges and over-tiredness.

The funny thing about being a mother in general, and a single mother in particular, is that we believe that this sixth sense – this sense of guilt – is unique to us. That only we make wrong decisions and choices. That only we react in ways that make us look like a raving lunatic.

We imagine that guilt is kinder to “real” families – the ones with both a mommy AND a daddy. This is because real families are built on four legs. Not just our volatile pillar of fake strength. But FOUR legs … mommy’s legs + daddy’s legs. And as everyone knows, four legs are always better than two. Four legs are so much sturdier as proven by tables, chairs, and bar stools. It’s so much easier to carry the responsibility of our children’s welfare when you have someone to share it with.

Myth: Every other single mother on the planet is doing a better job than you at raising normal, happy kids.

Truth: Every single mother in the world believes that she is – on most days – the worst mother on the planet. Always tired. Always rushing. Always worrying.

Our aptitude for motherhood, single or not, isn’t the problem. The problem is our capacity to pour a thick, syrupy layer of self-doubt over everything we do.

Guilt is a lie.